Last Sunday morning as I was preparing to go to the church, I got a call from my daughter that no father ever wants to get. Hearing the weeping on the other end, immediately I knew something bad had happened. She told me that Jon (her husband) had been in a motorcycle accident, and was hurt really bad. I’m sure most of you have been following the updates closely, and you know what Jon has had to go through since this happened.

Needless to say, Sunday’s service was the hardest service I’ve ever had to get through. After the praise and worship, and after I shared a short thought on baptism, I went to my office to change for the Baptismal part of the service, and the phone began to ring. It was my daughter Vanessa again weeping uncontrollably. She was barely able to tell me that Jon was paralyzed, and barring a miracle, the doctors told her that he would never walk again. I don’ think I have ever felt such bodily weakness as I did in that moment. As I hung up and walked out to do the Baptisms, I realized that God has been preparing me throughout the week for this one moment. Let me explain…

In my personal devotions, I was reading through the book of Romans. On Friday, I had reached Romans 4:20, where the Bible says that Abraham didn’t stagger at the promise of God through unbelief, but was strong in faith, giving Glory to God. Here is the story of God coming to Abraham, telling him He was going to make of him a great nation. Abraham and Sarah would have a son, even though father time had caught up with them and they were past the age for this to happen. Yet, Abraham didn’t stagger at the impossibilities of this happening…he simply believed that God is who He says He is, and that God will do what He says He will do.

As I was reading this, I began to realize how many times that life, with all it”s trials and tribulations, has caused me to stagger. Not only has it caused me to stagger, but it has caused me to speak words of fear, doubt, and unbelief. In that moment, I began to cry out to the Lord to increase my faith…allow me to get to that place, where like Abraham, I can live my life believing that God is who He says He is, and He can do what He says He can do, no matter what happens in my life. Two days later, I would get the phone call.

It has been five days since I got the news of Jon’s accident…it has been five days that I’ve had to watch my daughter go through such tremendous anguish and pain…it has been tough thinking about what all this will mean for my family. Yet, through it all, we’ve held on to God’s hand, and we’ve watched Him move and work in so many ways.

There is so much I want to say today, but I don’t have the words to say it. My heart is overwhelmed with the goodness of God and the goodness of His people. I’ve realized more than ever that the church of Jesus Christ is alive and well. The church family has rallied behind us, and my heart has been so touched by this. The police department is amazing. I never realized that they were such a strong community and family. I am in awe watching them rally behind Jon and Vanessa and their three boys. And then there is the company Jon was working for called Lambasio’s Plumbing/Heating and Air. They came to the house yesterday and fixed everything that needed to be fixed, and even put in a new dream faucet that Jon loved. LOL. They have been amazing and again, I’m overwhelmed by their kindness. More than ever, I’m realizing that though this world gets crazier and crazier, the human spirit is alive and well and stronger than ever.

Let me end by sharing with you a song that I can’t stop singing…”Great is Thy faithfulness! 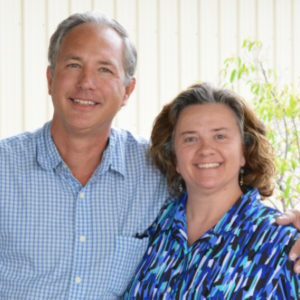